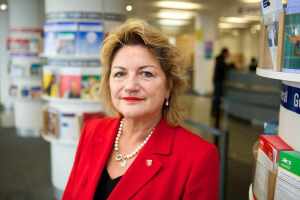 Trans* Jersey and Liberate met with Susie Pinel, Social Security Minister, on 23 January 2015 to discuss the progress of the next phase of Jersey’s discrimination law that, amongst other things, deals with discrimination of transgender people.

The good news is that, although more work needs to be done on the parts of the new law that deal with pregnancy mainly, the policy team are confident that it will be in force by September 2015. It is hoped that a draft document might be publicly available soon.

From the partial draft available at the meeting, the parts of the law dealing with sexual orientation are well-written and provide protection for sexual minorities.

Those parts of the law dealing with gender reassignment still need a bit of work to get the wording right, but the basic principles are in place. Trans* islanders will be protected no matter what stage of their transition they are at. This includes those who identity as trans* but have not yet started any form of treatment. Intersex islanders will also be protected. Both these inclusions are improvements on the UK’s legislation.

It was obvious from the meeting that the policy team are working hard to make Jersey’s law as good as it can be and have learned from mistakes made in the UK’s Equality Law. This is all positive news for trans* islanders.