Trans* Jersey welcomes Jersey’s sex discrimination regulations that go further than the UK in their protections for people of non-binary genders. 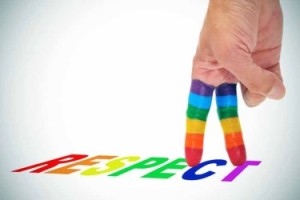 The States of Jersey have passed regulations today that expand the island’s anti-discrimination legislation to encompass sex, gender reassignment, sexual orientation and pregnancy and maternity. The new regulations, due to come into force on 1 September 2015, give protection to transgender islanders, but also protect all those who do not identify with the gender binary of man or woman.

Jersey has gone further than the UK’s Equality Act by recognising that there are more than two sexes. The island’s regulations explicitly protect intersex people as well as men and women from discrimination under the protected characteristic of sex.

“This is an important inclusion that recognises a small and often misunderstood section of society. It makes clear the distinction between intersex and transgender people – a common misconception – and it allows those who were born neither biologically male nor female and who identify as intersex to do so, knowing that they do not have to choose man or woman if they do not want to and they will still be protected from discrimination under the law,” said Vic Tanner Davy, Founder of Trans* Jersey.

For the 1-2% of the population that experience some degree of gender dysphoria (a feeling that your gender identity does not match the gender role assigned to you by society), they are also given protection under the new regulations. Jersey’s regulations state that a person is transgender whether or not they intend to have medical intervention to transition. This, again, goes further than the UK in its protection.

Trans* Jersey’s founder, Vic Tanner Davy, said: “Not everyone who experiences gender dysphoria will take steps to do anything about it. As well as those who decide to transition, the regulations protect those who identify as any one of a number of genders that can be termed genderqueer from discrimination, harassment and victimisation.

“The trans* community in its widest sense is at its most vulnerable from physical and verbal abuse when it does not fit society’s ideal of men or women. This means that those early in their transition or those who cannot, or do not want to, transition are the most likely to experience discrimination. Jersey has recognised this and put in place protections. We are pleased that Jersey is leading the UK in this and we congratulate the States members on their decision today.”

Trans* Jersey is offering training sessions for organisations on how to deal with trans* employees and service users ahead of the new legislation coming in on 1 September 2015. They can be contacted by email: admin@transjersey.org